A NEW VISION OF AGING FOR CANADA

The Federal Budget was a disappointment to anyone concerned about the interests of older Canadians.  Last year, Prime Minister Trudeau said that when thinking about economic policy prior to the election, his real concern was families.  The most recent budget signals he has forgotten that assertion.  Canadian families are hurt by higher prices for food, gasoline and rental housing. And the April 2022 Budget had little in it to combat inflation or assist older Canadians who have been hurt by the double whammy of Covid and Inflation.

“The budget has very little in it for seniors,” lamented Bill VanGorder, Chief Policy Officer at CARP, “We’re really disappointed that there’s no protection for inflation that’s being felt strongly by older Canadians, no new plans to protect pensions, and nothing really new for healthcare other than a dental plan that might help seniors in the future.”

This year, children twelve and under in families with annual incomes under $90,000 will receive free dental care. There is a promise for assistance for seniors in 2023. Why should older Canadians have to wait? It signals the federal government’s priority, and it is not support for seniors.

The budget promises extraordinarily little else in new spending to re-invigorate Canada’s struggling health system. Health transfers to the provinces will increase this year but not nearly to the degree provincial governments have requested and have need of because of Covid.

The budget also does not appear to respond to the repeated pleas from health workers for a plan to address serious staffing shortages as burned-out employees reduce their hours and leave the workforce in droves, a reality that impacts all Canadians and certainly those who are older and more vulnerable to health concerns.

Canadian Medical Association President Dr. Katherine Smart says more tangible investments for the health workforce and the health system are urgently required, since she says, “we are still in this pandemic.”

When the federal government promises large sums of money over a period of time this can sound like a solid commitment.  Unfortunately, however, the reality can be quite the opposite.  When funds are broken down (by year, district or project) they can sometimes be woefully inadequate, and funds stretching over years can mean that the current government is not held accountable for promised actions.

Bill VanGorder, national CARP Chief Operating Officer, reported that in his conversations with Minister of Seniors  Kamal Khera immediately after the budet’s release, he asked her about CARP’s request for the elimination of taxes on Home Care costs. Her answer was that the government had many demands and the supports to Home Care, other than the renovation tax credit, would have to come in the future.  CARP’s response was that older Canadians want action now, not promises for the future. If you are 80 years old, a promise of action 5 years from now falls on deaf ears.

Amendments to Powers of Attorney Act 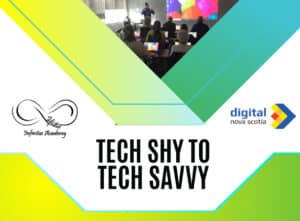 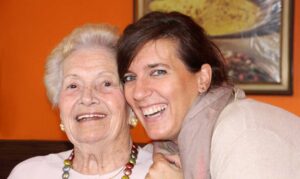 Tell us what you think...

CARP NS is occasionally asked by media outlets (such as CBC Radio, Global News or the Chronicle Herald) to provide them with the name of a senior who would be willing to talk about a variety of seniors’ issues. CARP and CARP NS never gives out names of its members to anyone. But if you would be willing to be approached by a media outlet for your opinion, please provide your name and email address here (CARP members only please).

Sign up to receive your copy of CARPaction Online. You will receive twice monthly bulletins from national headquarters updating you about what is happening across the country in regard to our advocacy efforts. Each bulletin contains a member survey where you can voice your opinion on various issues. You can also see survey results instantaneously. CARP uses this information to inform & pressure Governments. We have a lot of clout!